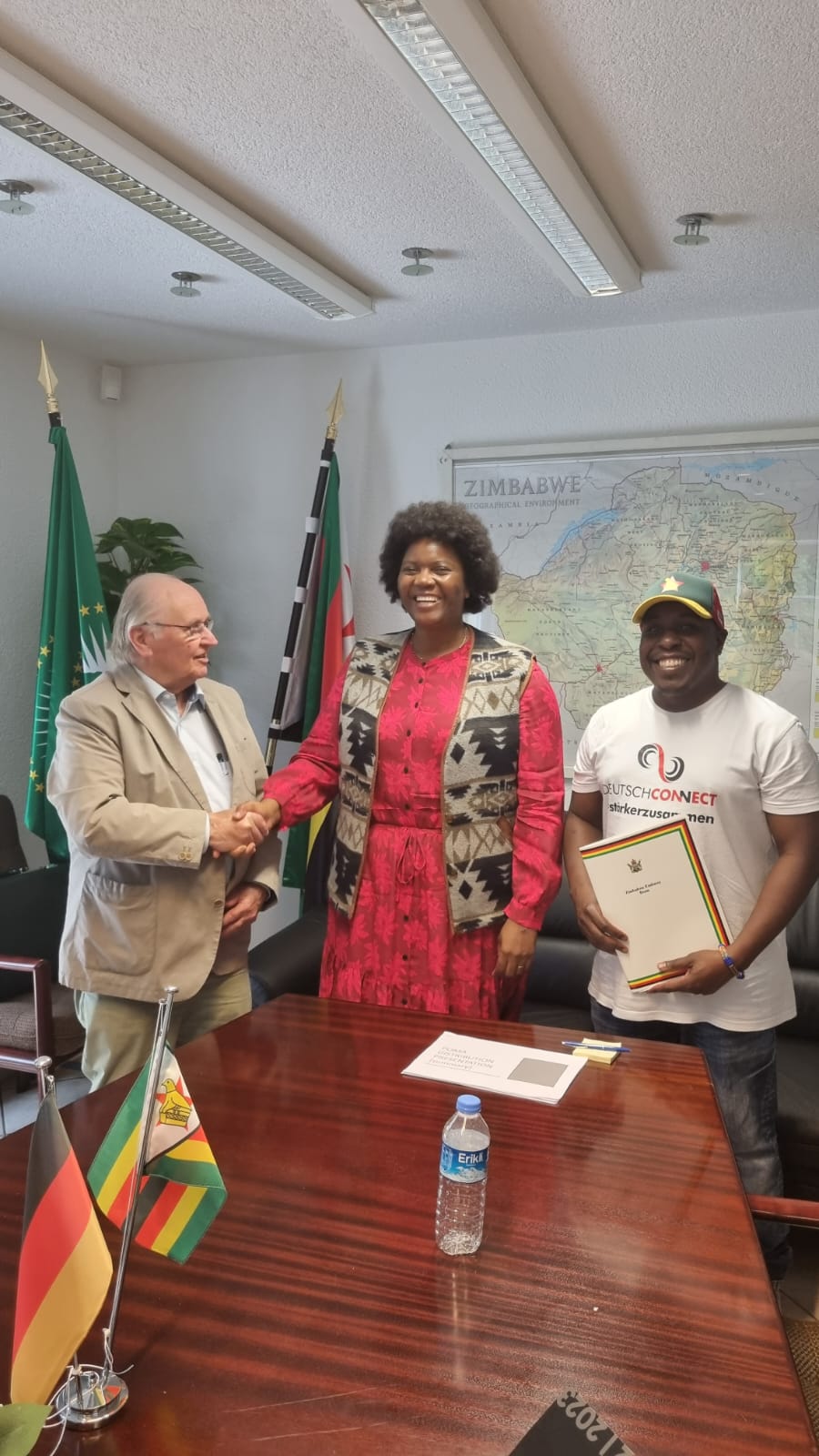 German road construction, mining and agriculture machinery manufacturer – Poema.de, is looking to enter the domestic market, after the firm expressed interest to explore the vast opportunities available in Zimbabwe.

This will also benefit mining and agriculture through provision of affordable implements needed in the two sectors that are expected to anchor economic growth and see Zimbabwe become an upper middle income economy by 2030.

This also comes as the country is embarking on massive construction projects ranging from road to energy and irrigation infrastructure development as well construction of industrial, commercial and residential properties.

Afrocentric startup – Deutsch Connect has already partnered with Poem.de to help create new markets in Africa for the German machinery producer. In line with this, Poem.de last week approached the Zimbabwean Ambassador to Germany, Ambassador Alice Mashingaidze in Berlin as part of initial stages to scout for opportunities in the country.

Ambassador Mashingaidze, who welcomed the Poema.de founder and chief executive officer Engineer Wolfgang Poetzsch at the embassy in Berlin indicated that Zimbabwe was open for business and therefore inviting companies to establish businesses as well as setting up manufacturing plants in the country.

She added this would bring in the much needed knowledge and technology transfer which will create jobs and add value to raw materials available in Zimbabwe.

The Ambassador also highlighted that through policy reforms, the country’s ease of doing business had improved such that setting up a plant would not be difficult.

“The embassy is ready to facilitate for Poema.de to set up its manufacturing company for the production of equipment and machinery which would be the first of its kind in Zimbabwe,” she said.

Poema.de was founded in 1966 and four years later developed into the PÖMA Maschinenbau with its own production.

In 1971, a patent was granted to PÖMA Maschinenbau by the German Patent Office for a tractor mounted grader.

Since that time, nearly 3 000 pieces of the PÖMA-Grader were built and sold in Germany before further expanding into other countries like Switzerland, Hungary, Austria, Romania and Ukraine. Further the production programme includes stone crushers, shoulder-dressers, vibratory plate compactors and vibratory plates.

“The advantage of Poema System include less consumption of road construction material (often possible without new material), shorter construction time, better bearing capacity of the road surface, better uniformity of the paths (more even and smoother surface), trafficability at higher speeds, less wear and tear on equipment and vehicles, less material loss due to erosion damage and ecologically correct path for construction due to infiltration of rainwater.

“Most importantly for us as Africans is that the company is prepared to manufacture the machinery in Africa thereby creating jobs for our youths “ said Deutsch Connect CoFounder Kumbirai Chipadza after the meeting.

“We thank Ambassador Mashingaidze and her team for the warm welcome and we look forward to getting down to work.”

AfCFTA creates a continent-wide market embracing 55 countries with 1,3 billion people and a combined GDP of US$3,4 trillion. Its first phase, which took effect in January 2021, would gradually eliminate tariffs on 90 percent of goods and reduce barriers to trade in services.